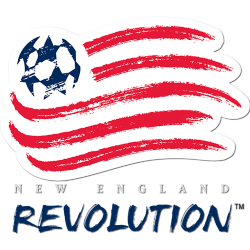 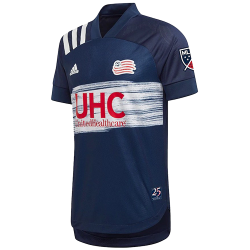 The New England Revolution is an American professional soccer club based in the Greater Boston area that competes in Major League Soccer (MLS), in the Eastern Conference of the league. It is one of the ten charter clubs of MLS, having competed in the league since its inaugural season.

The club is owned by Robert Kraft, who also owns the New England Patriots along with his son, Jonathan Kraft. The name "Revolution" refers to the New England region's significant involvement in the American Revolution that took place from 1775–1783.

New England currently play their home matches at Gillette Stadium in the town of Foxborough, Massachusetts, which is located 21 miles (34 km) southwest of downtown Boston, Massachusetts. The club played their home games at the adjacent and now-demolished Foxboro Stadium, from 1996 until 2001. The Revs hold the distinction of being the only original MLS team to have every league game in its history televised. Gillette Stadium is a stadium located in Foxborough, Massachusetts, 28 miles (45 km) southwest of downtown Boston and 20 miles (32 km) northeast of downtown Providence, Rhode Island. It serves as the home stadium and administrative offices for both the New England Patriots of the National Football League (NFL) and the New England Revolution of Major League Soccer (MLS). In 2012, it also became the home stadium for the football program of the University of Massachusetts (UMass), while on-campus Warren McGuirk Alumni Stadium was undergoing renovations. Gillette will continue to host higher attended home games.

The facility opened in 2002, replacing the old Foxboro Stadium. The seating capacity is 65,878, including 5,876 club seats and 89 luxury suites. The stadium is owned and operated by Kraft Sports Group, a subsidiary of The Kraft Group, the company through which businessman Robert Kraft owns the Patriots and Revolution.

The stadium was originally known as CMGI Field before the naming rights were bought by Gillette after the "dot-com" bust. Although Gillette was acquired by Procter & Gamble in 2005, the stadium retains the Gillette name because P&G has continued to use the Gillette brand name and because the Gillette company was founded in the Boston area. Gillette and the Patriots jointly announced in September 2010 that their partnership, which includes naming rights to the stadium, will extend through the 2031 season. Additionally, uBid (until April 2003 a wholly owned subsidiary of CMGI) as of 2009 continues to sponsor one of the main entrance gates to the stadium.

The Town of Foxborough approved plans for the stadium's construction on December 6, 1999, and work on the stadium began on March 24, 2000. The first official event was a New England Revolution soccer game on May 11, 2002. The Rolling Stones played at Gillette Stadium on September 5, 2002 on the band's Licks Tour. Jeremiah Freed was the first band to play at the WBCN river rave on June 9, 2002 making them the first band to ever play Gillette Stadium. Grand opening ceremonies were held four days later on September 9 when the Patriots unveiled their Super Bowl XXXVI championship banner before a Monday Night Football game against the Pittsburgh Steelers.

Gillette Stadium is accessible by rail via the Providence/Stoughton and Franklin lines at the Foxboro MBTA station, but only during Patriots games and some concerts.

The Patriots have sold out every home game since moving to the stadium—preseason, regular season, and playoffs. This streak dates back to the 1994 season, while the team was still at Foxboro Stadium. By September 2016 this streak was 231 straight games. 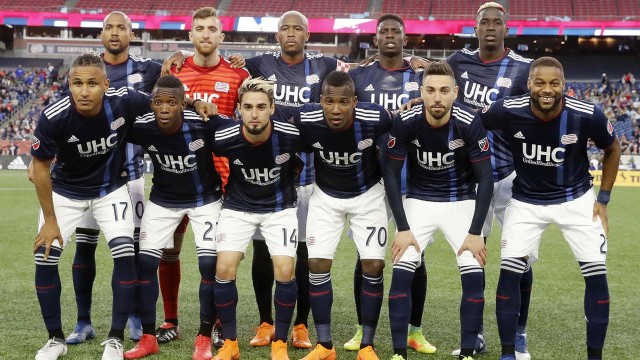 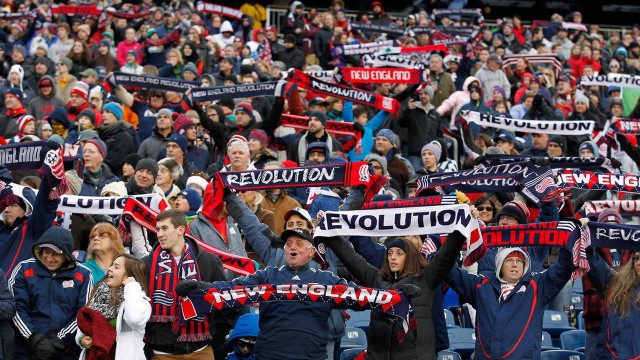