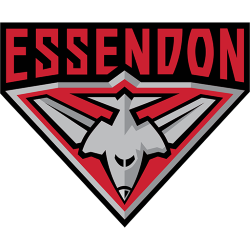 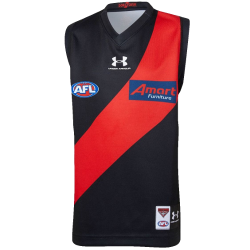 The Essendon Football Club is a professional club which plays in the Australian Football League (AFL). Essendon is one of the oldest clubs in the AFL. Formed in 1871 as a junior club and playing as a senior club since 1878, it is historically associated with the suburb of Essendon in the north-west of Melbourne, Australia. Since 2013, the club has been headquartered at the True Value Solar Centre, Melbourne Airport, and plays its home games at either Docklands Stadium or the Melbourne Cricket Ground; throughout most of its history the club's home ground and headquarters was Windy Hill, Essendon. Jobe Watson (winner of the 2012 Brownlow) is the current team captain.

An original club of both the Victorian Football Association and the Victorian Football League (VFL), Essendon is one of Australia's best-known football clubs since the inception of a national Australian rules competition, the AFL, in 1990. The club says to have over a million supporters Australia wide. Essendon has won 16 VFL/AFL premierships which, along with Carlton, is the most of any club in the AFL.