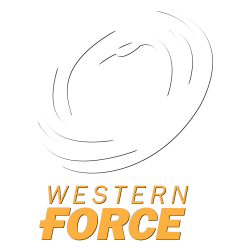 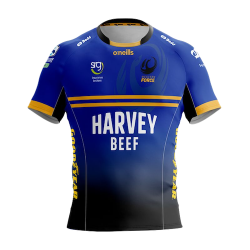 The Western Force is an Australian professional rugby union team based in Perth, Western Australia. The team competes in Global Rapid Rugby  as well as Australia's National Rugby Championship. Perth Oval, also known for sponsorship reasons as HBF Park, is a sports stadium in Perth, the capital of the Australian state of Western Australia. Located close to Perth's central business district, the stadium currently has a maximum capacity of 20,500 people for sporting events and 25,000 people for concerts, with the ground's record attendance of 32,000 people set during an Ed Sheeran concert in 2015. The land on which the stadium was built was made a public reserve in 1904, with the main ground developed several years later.

Perth Oval was the home ground of the East Perth Football Club in the West Australian Football League (WAFL) from 1910 until 2002, and hosted several of the competition's grand finals during that time. In 2004, the ground was redeveloped, altering it from an oval field to a rectangular field. The ground is currently home to two major professional sporting clubs: Perth Glory FC, a soccer team competing in the A-League, and the Western Force, a rugby union team playing in the Global Rapid Rugby competition. The ground is also used by the WA Reds, a semi-professional rugby league team competing in the S. G. Ball Cup, as well as for concerts.