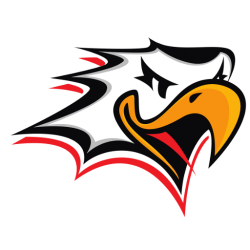 Sport, known by its full name as Hockey Team Vaasan Sport OY, is a Finnish ice hockey team playing in Liiga, and is based at Vaasa Arena (capacity 4448) in Vaasa. The team was established in 1939 as IF Sport (Idrottsföreningen Sport). Vaasan Sport was founded in 1939 as IF Sport. The team was involved in the founding of the Finnish top division Liiga, formerly known as SM-Liiga, in 1975, but was relegated only one year later after the 1975-1976 season.

Vaasan Sähkö Areena (Swedish: Vasa Elektriska Arena, Vaasa Energy Arena) is a multipurpose arena in Vaasa, Finland. It was previously called the Kuparisaaren jäähalli (Copper Island Ice Rink) and locals often use the old name in conversation. The arena first opened in 1971 and has undergone renovation and expansion several times. It is located approximately three kilometres (roughly two miles) south-east of downtown Vaasa.
In 2014, during the 2013-2014 Mestis season, it was confirmed that Sport would be promoted to Liiga for the 2014-2015 season, regardless of the outcome of the ongoing championship. This was due to former Liiga team Jokerit transferring to KHL, leaving an open slot in the Finnish top division.