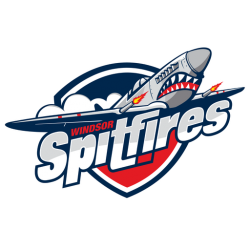 The Windsor Spitfires are a Canadian junior ice hockey team in the Ontario Hockey League (OHL). The team is based in Windsor, Ontario, Canada. Founded in 1971, the franchise was promoted to the Ontario Major Junior Hockey League for the 1975–76 season. An unrelated OHA Jr. A Spitfires team, founded in 1946, moved to become the Hamilton Tiger Cubs in 1953 and went through other iterations/moves to become the present OHL Erie Otters in 1996.

The WFCU Centre is an arena and entertainment centre in Windsor, Ontario, Canada. The WFCU Centre replaced the 84-year-old Windsor Arena as the primary home of the Windsor Spitfires. It opened on December 11, 2008, in the east end of the city. The WFCU Centre is owned by the City of Windsor, operated by Comcast Spectacor, and named for Windsor Family Credit Union.