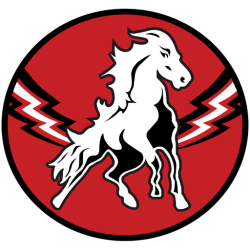 HC Vita Hästen is a Swedish hockey club, based in Norrköping, which was founded following the bankruptcy of a previous club called IK Vita Hästen. The team plays in HockeyAllsvenskan, the second tier of the Swedish ice hockey system, as of the 2014–15 season.

The previous club, IK Vita Hästen, was a merger in 1967 of the ice hockey sections of rivaling teams IFK Norrköping and IK Sleipner. The merged club was formally called "IF IFK/IKS" but mostly referred to simply as "Norrköping" in the league tables in newspapers and such. However, since IFK Norrköping played in white jerseys and Sleipner was the name of a horse (Norse god Odin's horse), the team soon got the nickname "vita hästen", i e "the white horse". By 1973, this name was so commonly used that it was chosen as the actual club name.

Himmelstalundshallen is an indoor arena in Norrköping, Sweden. It is home arena for the ice hockey team HC Vita Hästen and holds 4,280 people. Construction was completed on 4 October 1977 and the arenas was inaucurated with a ceremony lasting for three days between 7–9 October the same year. On 29 November that year, an indoor soccer competition was played in Himmelstalundshallen, won by Hammarby IF.

The arena hosted the preliminary games of group B at the men's FIBA European Basketball Championship in September 2003.