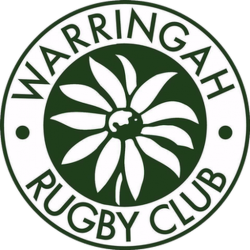 Warringah Rugby Club is a rugby union club based on the Northern Beaches of Sydney, New South Wales. Only located 25 km from the city centre, the club is close to many magnificent beaches, the Sydney Academy of Sport and Narrabeen Lake. The club currently competes in the New South Wales Rugby Union competitions, the Shute Shield and Tooheys New Cup. Warringah Rugby has one of the largest numbers of registered junior players in Australia.

Pittwater Park is a rugby stadium in Warriewood, New South Wales, Australia. It is located 500 metres from North Narrabeen beach within the reserve of the area. The park is more colloquially known as Rat Park being named after the Warringah Rugby Club whose official mascot is a rat.

The ground was established in 1971, over the years, basic facilities have been added, such as the 1,000-seat grandstand, clubhouse, and training field. Lights have also been installed on the main field.

It is mainly used for rugby union and has been the home ground of the Warringah Rugby Club since 1975. The stadium has a capacity of 6,000.