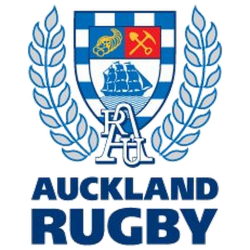 Auckland are a New Zealand professional rugby union team based in Auckland, New Zealand. The union was originally established in 1883, with the National Provincial Championship established in 1976. They now play in the reformed National Provincial Championship competition. They play their home games at Eden Park in Auckland. The team is affiliated with the Blues Super Rugby franchise. Their home playing colours are blue and white hoops.

Eden Park is New Zealand's largest sports stadium. Located in central Auckland, New Zealand's largest city, it is three kilometres southwest of the CBD, on the boundary between the suburbs of Mount Eden and Kingsland. Although used primarily for rugby union in winter and cricket in summer, it has hosted rugby league and association football matches. In 2011 it hosted pool games, two quarter-finals, both semi-finals and the final of 2011 Rugby World Cup. In doing so it became the first stadium in the world to host two Rugby World Cup Finals, having held the inaugural final in 1987. It was a venue for the 2015 Cricket World Cup, which was jointly hosted by Australia and New Zealand.

Eden Park is considered one of rugby union's most difficult assignments for visiting sides. New Zealand's national rugby union team, the All Blacks, have been unbeaten at this venue in 46 consecutive test matches stretching back to 1994. Eden Park is the site of the 2021 Te Matatini. It will also be the site for the 2022 Women's Cricket World Cup, the final of the 2021 Women's Rugby World Cup and the opening match of the 2023 FIFA Women's World Cup.