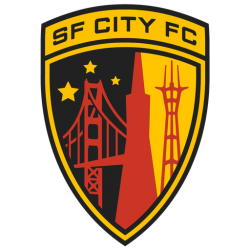 SF City has qualified in 2016 and 2018 for the U.S. Open Cup, the oldest ongoing national soccer competition in the United States.

Kezar Stadium is an outdoor athletics stadium in San Francisco, California, located adjacent to Kezar Pavilion in the southeastern corner of Golden Gate Park. It is the former home of the San Francisco 49ers and the Oakland Raiders (first AFL season only) of the National Football League (NFL) and of the San Francisco Dragons of Major League Lacrosse. It serves as the home of San Francisco City FC of USL League Two.