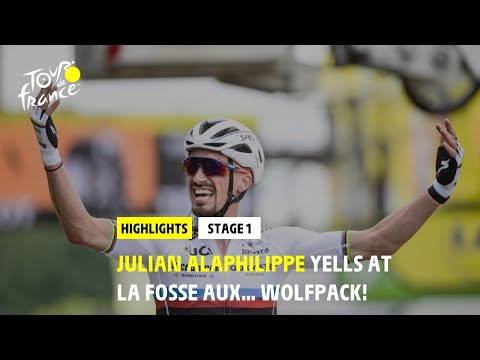 The 2021 Tour de France kicks off in the beautiful region of Brittany not with an individual time trial but with a 197.8 km online stage with six scoring ports, third and fourth category studs that can complicate the day. Leg breaking stage where the wind can be the protagonist and in which the final ramps can move the basket in the peloton.


Result Description
The first stage of the Tour featured a hilly course from Brest to Landerneau. Brest hosted the Grand Départ for the fourth time in the Tour's history, with the last time being in 2008. The course featured six categorised climbs, giving the riders plenty of opportunities to take points for the mountains classification. There was also an intermediate sprint with 62.7 kilometres (39.0 mi) to go. The finale featured an uphill finish, with the riders finishing atop the Côte de la Fosse aux Loups. The climb is 3 kilometres (1.9 mi) long with an average gradient of 5.7 per cent. The first 500 metres of the climb averages 9.4 per cent before gradually easing towards the top.

Several attacks marked the start of the stage before a group of five broke away from the peloton. The break included Franck Bonnamour (B&B Hotels p/b KTM), Ide Schelling (Bora–Hansgrohe), Anthony Perez (Cofidis), Danny van Poppel (Intermarché–Wanty–Gobert Matériaux), and Cristián Rodríguez (Team TotalEnergies). Connor Swift (Arkéa–Samsic) eventually made it across to create a six-man group up front. The peloton let the break gain a maximum advantage of almost four minutes before the chase began. The break worked together before Schelling attacked on the fourth climb of the day, the Côte de Stang ar Garront. He quickly began to build his advantage over the rest of the break, which was eventually caught with around 66 kilometres (41 mi) to go, just ahead of the intermediate sprint. Schelling took maximum points at the intermediate sprint while Caleb Ewan (Lotto–Soudal) outsprinted Peter Sagan (Bora–Hansgrohe) for second.


Spectators in Stage 4 holding signs with the same text (“Allez opi omi”) as on the sign causing Tony Martin to crash
With 45 kilometres (28 mi) to go, Tony Martin (Team Jumbo–Visma) was brought down by a spectator who was holding a sign, causing a crash which brought down most of the peloton. The crash caused the abandonment of Jasha Sütterlin (Team DSM) while the peloton briefly neutralised the race to allow the riders who were held back to latch back on. Following a regrouping in the peloton, Schelling was swept up with around 27 kilometres (17 mi) to go, but not before taking enough points to take the lead in the mountains classification. With 7.5 kilometres (4.7 mi) to go, a touch of wheels caused another crash which brought down several riders, with Cyril Lemoine (B&B Hotels p/b KTM) and Ignatas Konovalovas (Groupama–FDJ) also crashing out of the race. Four-time Tour winner Chris Froome was also among the riders to crash heavily but he managed to get up and slowly make his way across the finish line, eventually finishing over 13 minutes in arrears. The riders soon battled for position at the front of the peloton as they reached the foot of the final climb of the day. With 2.3 kilometres (1.4 mi) to go, Dries Devenyns took to the front to lead out an attack for team leader Julian Alaphilippe (Deceuninck–Quick-Step), who immediately created a gap over the rest of the reduced peloton while Pierre Latour (Team TotalEnergies) unsuccessfully tried to bridge over to Alaphilippe. The top two riders from last year's Tour, Tadej Pogačar (UAE Team Emirates) and Primož Roglič (Team Jumbo–Visma), also tried to bridge over but they were swept up. Alaphilippe maintained his advantage all the way to the line to take the first maillot jaune of this year's Tour. Eight seconds behind, Michael Matthews (Team BikeExchange) won the sprint for second while Roglič finished third to take four crucial bonus seconds in the fight for the GC.

Race organisers stated they were happy to have fans beside the road, but rider safety is paramount, adding that they planned to sue the spectator who caused the crash. The next day, French police said they were initiating a manhunt. News outlets reported on 30 June that the person concerned, a 30-year old French woman, had been found and arrested and that a charge of "involuntarily causing injury" was being considered; an offence that carries a fine of €1,500.