The Ekstraklasa, named PKO BP Ekstraklasa since the 2019–20 season due to its sponsorship by PKO Bank Polski, is the top Polish professional league for men's association football teams.

Contested by 16 clubs, operating a system of promotion and relegation with the I liga, seasons start in July, and end in May or June the following year. Teams play a total of 37 games each, totalling 296 matches in the season. Games are played on Fridays, Saturdays, Sundays and Mondays. The winner of the Ekstraklasa qualifies for the Polish SuperCup. The Ekstraklasa is now operated by the Ekstraklasa SA (English: Ekstraklasa Joint-stock company).

The Ekstraklasa (former I liga) was officially formed as Liga Polska on 4–5 December 1926 in Warsaw, since 1 March 1927 as Liga Piłki Nożnej, but the Polish Football Association (Polish: Polski Związek Piłki Nożnej, PZPN) had been in existence since 20 December 1919, a year after the independence of Poland in 1918. The first games of the freshly created league took place on 3 April 1927, while first national non-league football championship took place in 1920.

A total of 81 teams have played in the top division of Polish football since the founding of the league, of which 16 clubs have won the title. The current champions are Piast Gliwice, who won their first-ever title in 2018–19 season. 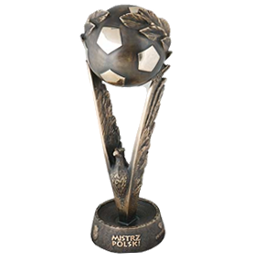