Jesse Ellis Lingard (born 15 December 1992) is an English professional footballer, who plays as a winger for Premier League club Manchester United. Lingard made his senior debut while on loan at Leicester City in 2012, and spent time on loan at Birmingham City and Brighton & Hove Albion during the 2013–14 season and at Derby County in 2015. He has represented England at under-17 and under-21 level.

Lingard was born in Warrington, Cheshire, and attended William Beamont Community High School. He joined Manchester United's youth academy at the age of seven and progressed through the age groups. He was part of the Manchester United side that won the 2010–11 FA Youth Cup, before signing a professional contract in the summer of 2011.

Lingard was first included in a senior matchday squad on 30 November 2011, in the League Cup quarter-finals against Crystal Palace at Old Trafford, remaining unused as Sir Alex Ferguson's team lost 2–1 after extra time. He had his only other call-up of the season on 4 January 2012, again unused in a 3–0 away Premier League loss to Newcastle United.

Lingard played three times for England at under-17 level in the 2008 Nordic Tournament. He received his first call-up for the under-21 team for the friendly match against Scotland under-21s on 13 August 2013, and made his debut as a second-half substitute for Nathan Redmond as England won 6–0. On 21 June 2015, Lingard came off the bench to score the winner in a 2015 UEFA European Under-21 Championship group match against Sweden.

After Michael Carrick and Jamie Vardy withdrew through injury, Lingard received his first call-up to the full England squad, for a friendly against France on 16 November 2015.

He was called up to the England squad by caretaker manager Gareth Southgate on 2 October 2016. 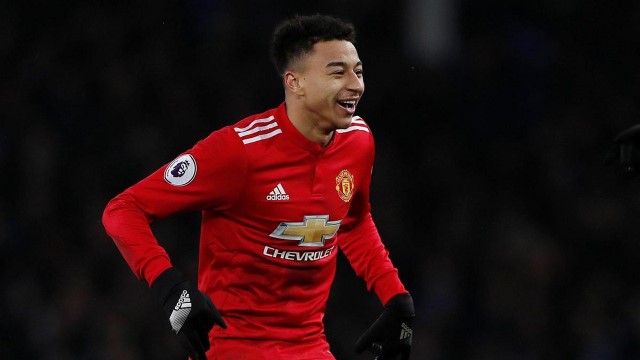