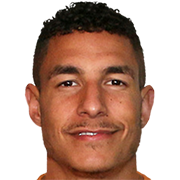 He began his career at Tottenham Hotspur, spending most of his tenure out on loan at clubs in all three divisions of The Football League. In 2013 he moved to Hull, initially on a temporary basis, becoming permanent at the end of the season. He earned a single cap for the England national football team in August 2012 in a friendly win against Italy.

Livermore was born in Enfield, London, and he attended Enfield Grammar School.

Livermore's career started in Tottenham's academy in 2006 making 39 appearances for the Under-18 team and scoring 9 goals. He made another 13 appearances for the reserves. On 29 February 2008, he joined Milton Keynes Dons on a month-long loan deal. He made his professional debut the following day in a 1–0 win over Chester City at stadium mk, playing the last 14 minutes in place of Jordan Hadfield. Livermore played five matches for the League Two team, all as a substitute.

On 11 July 2008, he was loaned for six months to League One side Crewe Alexandra. However, in a friendly with Conference Premier side Wrexham, he fractured his fibula and subsequently returned to Tottenham to receive treatment which kept him sidelined for a protracted spell. Livermore signed a new two-year deal with Tottenham on 24 July 2009.

He joined Championship team Derby County on an initial one-month loan on 10 August 2009. He scored his first league goal against Nottingham Forest in a 3–2 away defeat on the 29th. In January 2010, he joined another team in the division, Peterborough United, until the end of the 2009–10 season. He scored his first goal for Peterborough in a 2–1 defeat at Sheffield Wednesday on 23 January. On 2 March he was recalled from his loan due to a spate of injuries to the Tottenham squad. Livermore made his competitive debut for Tottenham in a 2–1 win against Stoke City at the Britannia Stadium on 20 March, coming on in added time for Niko Kranjčar.

On 23 September 2010, he was loaned out to Championship club Ipswich Town until January. On 24 March 2011 he was loaned out to Leeds United of the same division ahead of their final eight league games and battle for promotion to the Premier League. On 2 April, Livermore made his debut for Leeds as a second-half substitute against Nottingham Forest where he had a hand in Leeds' fourth goal scored by Max Gradel. He was given a start against Reading however he was substituted at half time after picking up a yellow card and lucky not to receive another for a tackle in the first half.

Livermore stayed with Tottenham 2011–12 season, scoring his first senior goal for Spurs on 18 August 2011 in the 5–0 UEFA Europa League qualifying win away against Heart of Midlothian, and ultimately made 38 appearances across all competitions.

Livermore moved to Hull City at the beginning of 2013–14 on a season-long loan, along with teammate Tom Huddlestone. He made his debut on the first day of the season when he came off the bench for Danny Graham in the 59th minute of a 2–0 loss away at Chelsea. On 1 December, he scored his first Premier League and Hull goal, opening a 3–1 home win over Liverpool with a shot deflecting off Martin Škrtel, Hull's first ever victory over the Merseyside opponents.

Hull reached the 2014 FA Cup Final, and Livermore started the game against Arsenal, which resulted in a 3–2 defeat at Wembley Stadium after extra time. In the close season he joined Hull permanently for an undisclosed fee, one which was reported to have broken the club transfer record.

Following a 2–0 win against Crystal Palace in April 2015, Livermore was selected for a random drugs test. He tested positive for cocaine and, on 15 May 2015, was suspended by both the FA and Hull City for the remainder of the season. In August, Hull manager Steve Bruce revealed that Livermore had taken the substance to cope with the grief caused by the death of his newborn child shortly after the FA Cup final. In September 2015 a disciplinary hearing decided that the Football Association provisional ban would not be extended, as a result, his suspension by Hull City was also lifted.

Livermore made his first senior appearance for England in a 2–1 friendly win against Italy on 15 August 2012 at the Stade de Suisse in Bern, coming on as a substitute in the 69th minute for Frank Lampard.