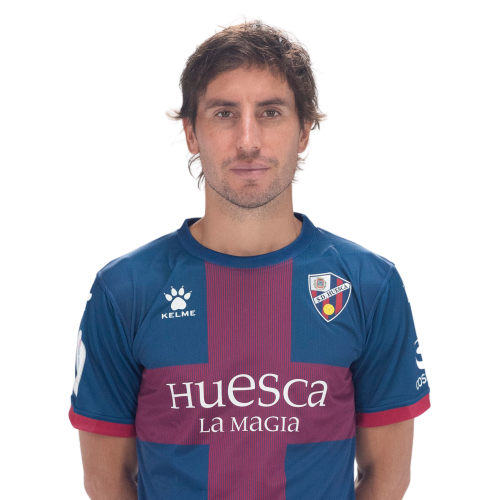 Pedro Mosquera Parada (born 21 April 1988) is a Spanish professional footballer who plays for SD Huesca mainly as a defensive midfielder.

Club career
Born in A Coruña, Galicia, Mosquera played roller hockey for his high school team in neighbouring Santa María del Mar. In 2000, at the age of 12, he arrived in Real Madrid's youth system; he played his first matches as a professional in 2006–07's second division – four games, 84 minutes, team relegation.

On 24 January 2010, Mosquera was called to the first team for a match against Málaga CF, but did not leave the bench. Two months and one day later he made his La Liga debut, playing one minute in a 4–2 away win against Getafe CF after replacing Xabi Alonso.

Mosquera signed precisely with Getafe on 12 July 2010, penning a five-year contract and reuniting with former Real Madrid Castilla coach Míchel. He made his debut for the club 16 days later, scoring against Germany's VFL Osnabrück.

On 20 January 2012, after not playing one single minute under new manager Luis García in the season, Mosquera agreed to return to Castilla, with the team in the third level. In summer 2014, after a further top flight campaign with Getafe, he joined fellow league side Elche CF on a three-year contract. He scored his first goal in the Spanish top flight on 14 September while at the service of the latter, contributing to a 3–2 away win over Rayo Vallecano.

On 27 July 2015, Mosquera cut ties with the Valencians and signed a four-year deal with Deportivo de La Coruña hours later. He played 37 matches in his first season, helping to a final 15th position in the table.

On 2 August 2019, Mosquera terminated his contract at the Estadio Riazor and joined SD Huesca for two seasons the following day.