Carlos Arturo Bacca Ahumada (born 8 September 1986) is a Colombian professional footballer who plays as a striker for Spanish club Villarreal and the Colombia national team.

Bacca began his career at Atlético Junior, where he was top scorer in the 2010 Categoría Primera A Apertura. In January 2012, he moved to Club Brugge, where he was the Belgian Pro League's top scorer in his only full season before joining Sevilla for €7 million. He won the UEFA Europa League in both of his first two seasons with the club, scoring twice in the 2015 final. In the summer of 2015, he joined Serie A side Milan for €30 million.

An international for Colombia since 2012, Bacca represented the country at the 2014 and 2018 FIFA World Cups, the 2015 Copa América, and the Copa América Centenario, in which they finished third. He is renowned for his pace, aggression, eye for goal, and determination as a forward. 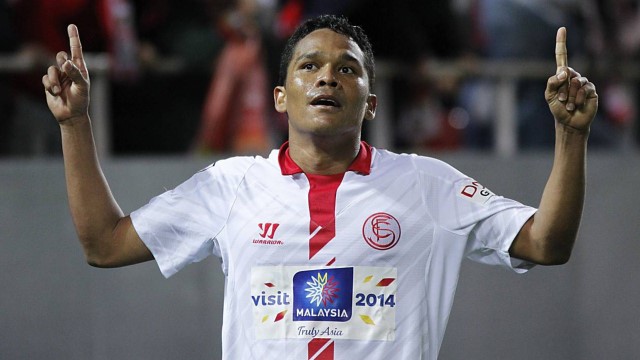