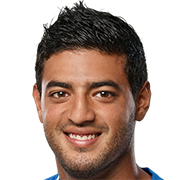 Vela started his career at Mexican club Guadalajara, where he caught the eye of various European clubs after finishing as the top scorer at the 2005 FIFA U-17 World Championship, finally joining Premier League club Arsenal that year. After joining Arsenal, he had loan spells at Spanish clubs Salamanca and Osasuna, as well as fellow English club West Bromwich Albion, finally joining Real Sociedad initially on loan, then permanently on 10 August 2012. He joined Los Angeles FC in January 2018.

Vela made his debut with the senior Mexico national team in 2007 in a friendly match against Brazil, and scored his first goal for Mexico in a friendly against Guatemala. He participated in Mexico's CONCACAF Gold Cup victory in 2009, and participated in the 2010 FIFA World Cup in South Africa. Vela rejected all subsequent call-ups for more than three years, including friendlies, World Cup qualifiers, and various major tournaments including the 2014 World Cup, citing various reasons for his refusals. In November 2014, Vela made his return to the national team.

Aside from his Mexican nationality, Vela holds a Spanish passport.