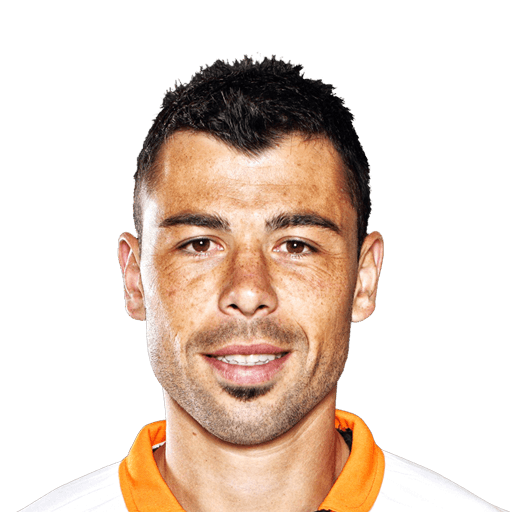 Javier "Javi" Fuego Martínez (born 4 January 1984) is a Spanish professional footballer who plays for Villarreal CF as a defensive midfielder.

Club career
Early years / Recreativo
Fuego was born in Pola de Siero, Asturias. He started playing professional football for Sporting de Gijón, representing the local side during six second division seasons and being first-choice from 2004 to 2007.

In the 2007–08 campaign, Fuego joined La Liga strugglers Levante UD, but was one of many players to leave the squad upon relegation and serious financial problems. In August 2008, he signed a three-year deal worth €140.000 with Andalusia's Recreativo de Huelva, appearing regularly as a starter during two years but being relegated from the top flight in his first.

Rayo Vallecano
For 2010–11, Fuego signed with second division's Rayo Vallecano, quickly establishing himself as first-choice for the Madrid club and helping it to a second-place finish and subsequent top level promotion. During his subsequent two-year spell in the top level he rarely missed a game, helping his team consecutively retain their division status.

Valencia
In January 2013, months before the season was over, it was announced that Fuego would not renew his expiring contract with Rayo, agreeing to a three-year deal with fellow league club Valencia CF as of 1 July. He made his official debut on 17 August, playing the full 90 minutes in a 1–0 home win against Málaga CF.

Fuego scored the first brace of his professional career on 23 March 2014, netting both of his team's goals in a 2–1 success over Villarreal CF also at the Mestalla Stadium. On 1 April 2015, he renewed his link until 30 June 2017 with the option of a further season.

Espanyol
On 13 August 2016, Fuego signed a three-year contract with RCD Espanyol. He started in 29 of his 31 league appearances in his first season, scoring once in an eventual eighth-place finish.