Rodolfo "Rudy" Fernández Farrés (Spanish pronunciation: ; born April 4, 1985) is a Spanish professional basketball player who plays for Real Madrid of the Liga ACB. He is a 6 ft 5 in (1.96 m) tall shooting guard and small forward. He is a three-time All-EuroLeague Team selection and won the EuroLeague title in 2015 and 2018. During his stint in the NBA, he was an NBA All-Rookie Second Team member. 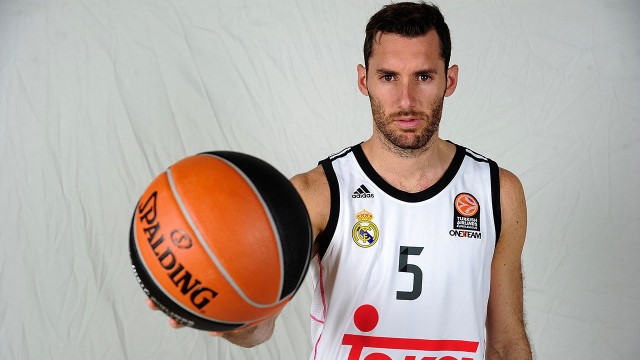