Pérez was a member of the Ferrari Driver Academy until 2012. He took his first Formula One podium at the 2012 Malaysian Grand Prix with Sauber, a drive which won him plaudits and fuelled speculation of a move to Ferrari in the near future. However, Pérez later told reporters that he expected to stay with Sauber until at least the end of the 2012 season. Due to his young age and performance, he has been referred to as "The Mexican Wunderkind".

Pérez joined McLaren for the 2013 season, but the car failed to deliver the team a single podium finish. Subsequently, for the 2014 season, the team decided to replace Pérez with Danish driver Kevin Magnussen very late into the season almost leaving Pérez without a seat. In December 2013, it was announced that Force India had signed Pérez in a €15 million deal. He remained with Force India after they went into administration in the latter half of 2018, and then their reformation as Racing Point F1 in 2019. 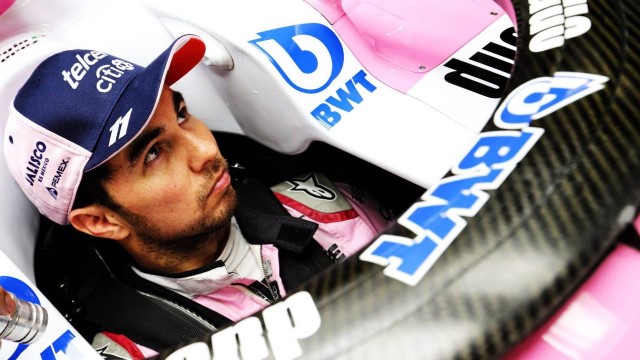