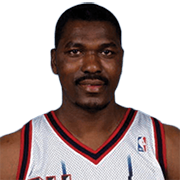 Hakeem Abdul Olajuwon (/əˈlaɪʒuɒn/; Yoruba: ; born January 21, 1963), formerly Akeem Olajuwon, is a Nigerian-American former professional basketball player. Listed at 7 feet 0 inches (213 cm), Olajuwon is considered one of the greatest basketball players of all time. He was nicknamed "the Dream" during his basketball career after he dunked so effortlessly that his college coach said it "looked like a dream." From 1984 to 2002, he played the center position in the National Basketball Association (NBA) for the Houston Rockets and the Toronto Raptors. He led the Rockets to back-to-back NBA championships in 1994 and 1995. In 2008, he was inducted into the Basketball Hall of Fame, and in 2016, he was inducted into the FIBA Hall of Fame.

Born in Lagos, Nigeria, Olajuwon traveled from his home country to play for the University of Houston under head coach Guy Lewis. His college career for the Cougars included three trips to the Final Four. Olajuwon was drafted by the Houston Rockets with the first overall selection of the 1984 NBA draft, a draft that included Michael Jordan, Charles Barkley, and John Stockton. He combined with the 7 feet 4 inches (224 cm) Ralph Sampson to form a duo dubbed the "Twin Towers". The two led the Rockets to the 1986 NBA Finals, where they lost in six games to the Boston Celtics. After Sampson was traded to the Warriors in 1988, Olajuwon became the Rockets' undisputed leader. He led the league in rebounding twice (1989, 1990) and blocks three times (1990, 1991, 1993).

Despite very nearly being traded during a bitter contract dispute before the 1992–93 season, he remained in Houston where in 1993–94, he became the only player in NBA history to win the NBA MVP, Defensive Player of the Year, and Finals MVP awards in the same season. His Rockets won back-to-back championships against the New York Knicks (avenging his college championship loss to Patrick Ewing), and Shaquille O'Neal's Orlando Magic. In 1996, Olajuwon was a member of the Olympic gold medal-winning United States national team, and was selected as one of the 50 Greatest Players in NBA History. He ended his career as the league's all-time leader in blocks (3,830) and is one of four NBA players to record a quadruple-double.