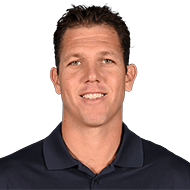 Luke Theodore Walton (born March 28, 1980) is an American professional basketball coach and former player who is the head coach of the Sacramento Kings of the National Basketball Association (NBA). He played 10 seasons in the NBA as a forward, winning two NBA championships with the Los Angeles Lakers. He also won a title as an assistant coach with the Golden State Warriors, and was the head coach for the Lakers from 2016 through 2019.

Walton played college basketball with the Arizona Wildcats. He was a second-team All-American and a two-time first-team all-conference selection in the Pac-10. He was selected in the second round of the 2003 NBA draft by the Lakers. After the 2010 NBA Finals, Walton and his father, Hall of Famer Bill Walton, became the first father and son to have both won multiple NBA championships: Bill won in 1977 and 1986, and Luke in 2009 and 2010. His best season statistically was 2006–07 with over 11 points, 5 rebounds, and over 4 assists per game.

As the Warriors' interim head coach in 2015–16, he guided the team to the longest winning streak to open a season in league history at 16 games.