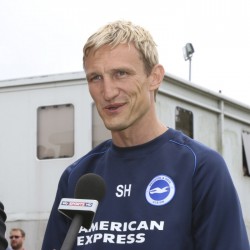 Hyypiä began his playing career with Ykkönen side Kumu and soon moved to Veikkausliiga outfit MyPa. He spent four years at the club, helping them win the Finnish Cup in 1992 and 1995. He moved to Willem II in 1995 and spent the next four years there. He became the team captain and was nominated their player of the year after helping them qualify for the UEFA Champions League.

In 1999, he moved to Liverpool, the team he supported as a child, in a deal worth £2.6 million. He quickly established himself in the first team, partnering Stéphane Henchoz in defence. By 2001, he regularly captained the team and that season Liverpool won a slew of honours, completing a cup treble of the League Cup, FA Cup and UEFA Cup, in addition to winning the UEFA Super Cup and FA Community Shield. He became first choice captain in the 2001–02 season and was part of the Football League Cup-winning team in 2003. Steven Gerrard superseded him as captain in 2003, but Hyypiä still occasionally captained the side in his absence. Hyypiä won his highest football honour in 2005 as part of Liverpool's victorious 2004–05 Champions League campaign, where his defensive partnership with Jamie Carragher helped them win in the final. During his ten years in Merseyside, he became a fan favourite and remains a popular figure at the club. From 2009 to 2011, Hyypiä played for German Bundesliga side Bayer Leverkusen, where he retired as a player in 2011.

Hyypiä was a prominent figure in the Finland national team and was selected as the Finnish Sports' Journalists and Football Association Player of the Year numerous times. He made his debut in 1992 and, with 105 caps before retiring in 2010, is the country's second most capped Finnish player after Jari Litmanen.

From the 2012–13 season, he returned to Bayer Leverkusen as its full team manager. After two successful seasons in the Bundesliga, he returned to English football in 2014 for a brief spell as manager of second-tier club Brighton & Hove Albion. In August 2015, he was presented as the new manager of Swiss club FC Zürich.