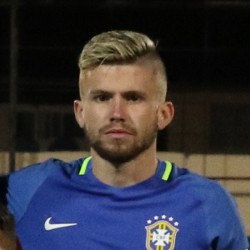 Caio Henrique Oliveira Silva (born 31 July 1997), known as Caio Henrique, is a Brazilian footballer who plays for Ligue 1 side Monaco, either as a left-back or a midfielder.

Club career
Born in Santos, São Paulo, Caio joined Santos' youth setup in 2008, aged ten. On 1 February 2016, he was sold to Atlético Madrid, as his contract was due to expire.

Caio was promoted to the reserves ahead of the 2016–17 campaign, but spent the whole pre-season with the main squad. He made his senior debut on 28 August 2016, starting in a 1–0 Tercera División away win against Fútbol Alcobendas Sport.

Caio made his professional debut on 30 November 2016, starting in a 6–0 Copa del Rey away routing of CD Guijuelo. He would resume his appearances with the B-side, however.

On 3 April 2018, Caio returned to his home country after agreeing to a loan deal with Série A side Paraná, until December.

He spent the 2019 season on loan at Fluminense, making 65 appearances and scoring twice. In January 2020, he joined Grêmio also on loan, making only five appearances for the side before the stoppage of football in Brazil due to concerns over the COVID-19 pandemic.