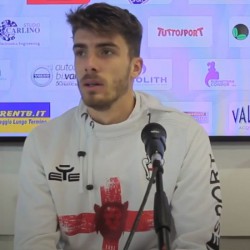 Petko Hristov (Bulgarian: Петко Христов; born 1 March 1999) is a Bulgarian professional footballer who plays as a centre-back for Serie A club Spezia and the Bulgaria national team. He has a twin brother Andrea, who plays for Slavia Sofia.

Career
Slavia Sofia
Hristov started his career in Levski Sofia, before relocating to Slavia Sofia in 2013. He made his senior debut for Slavia in a match of the Europa League against Polish club Zagłębie Lubin on 30 June 2016, coming on as a substitute for Georgi Yomov. A month later he made his Bulgarian First League debut in the opening game of the season against CSKA Sofia. He scored his first goal on 10 September in a 5–2 home win over Lokomotiv Plovdiv. On 1 October Petko was joined by his twin brother Andrea Hristov in the central defense for the very first time against Vereya in the starting line-up.

On 3 April 2017, Hristov signed his first professional contract with the club until 31 July 2020.

Fiorentina
On 17 July 2017, Fiorentina confirmed they had signed Hristov on a five-year contract after Firenze Viola, Fiorentina owner, himself liked the player after seeing him in action at the European Under-19 Championship. On 20 August 2017, he was on the bench for the first time in the Serie A match against Inter Milan. He made his unofficial debut for the club against Real Madrid on 24 August coming on as a substitute in added time for the Trofeo Bernabeu game.

Spezia
After his good performance for Pro Vercelli in Serie C, on 5 July 2021 Hristov moved to Serie A team Spezia, signing a contract until 2025. He made his debut for the team on 13 August in a Coppa Italia match against Pordenone and compleated his Serie A debut on 23 August in a match against Cagliari.

International career
Youth levels
Hristov was called up for the Bulgaria U19 team for the 2017 European Under-19 Championship qualification from 22 to 27 March 2017. After a draw and 2 wins the team qualified for the knockout phase which was held in July 2017. Petkov played in the all 3 matches from the group stage when Bulgaria were eliminated.

On 5 September 2017, he made his debut for the Bulgaria U21 in a match against Luxembourg U21.

Senior team
He made his debut for Bulgaria national football team on 31 March 2021 in a World Cup qualifier against Northern Ireland. His twin brother Andrea made his debut in the same game as well.