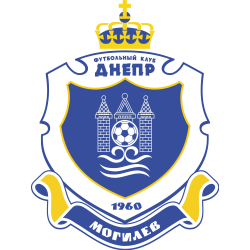 In spring 2019, the club merged with Premier League team Luch Minsk, citing the willingness keep the city of Mogilev represented in top flight. The united club was named Dnyapro Mogilev. It inherited Luch's Premier League spot and licence, their sponsorships and most of the squad, while keeping only a few of Dnepr players and relocating to Mogilev. Dnepr continued its participation in youth tournaments independently from Luch.

In 2020, Dnepr Mogilev reformed and joined the Second League, after Dnyapro Mogilev ceased to exist following their relegation from the Premier League.

Spartak Stadion is a football stadium in Mogilev, Belarus. It is the home stadium of Dnepr Mogilev of the Belarusian Premier League. The stadium holds 7,350 spectators.

International use
The stadium was used Dnepr Mogilev in European Cups games. It also has been used as a home venue by Belarus women's national team.