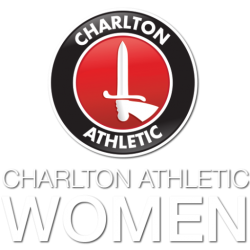 Charlton Athletic Women's Football Club (CAWFC) play in the FA Women's Championship. Founded in 1991 as Bromley Borough, later under the name Croydon Women's F.C., between 2000–2007 as Charlton Athletic, the club was one of the most successful women's teams in England.

After the parent club's relegation from the Premier League, the women's team was controversially disbanded in the summer of 2007, causing almost all of the senior squad to depart, although later a rescue sponsorship package was formed allowing the women's set up to continue.

CAWFC won the FA Women's Premier League Southern Division title in 2017–18. On 27 May 2018, they beat Northern Division champions Blackburn Rovers Ladies FC 2–1 in a play-off final at Bramall Lane, Sheffield, and thus gained promotion to the FA Women's Championship, the second tier of women's football, for the season 2018–19.