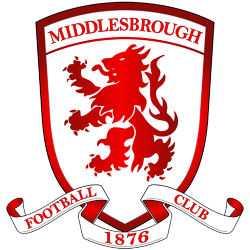 Middlesbrough Football Club also known as Boro, are an English football club based in Middlesbrough, who play in the Football League Championship. Formed in 1876, they have played at the Riverside Stadium since August 1995, their third ground since turning professional in 1889. Their longest-serving home was Ayresome Park, where they played for 92 years, from 1903 to 1995.

They were one of the founding members of the Premier League in 1992. The club's main rivals are Sunderland and Newcastle United, however the club also takes part in Yorkshire derbies with several other Yorkshire clubs; most notably Leeds United.

The club's highest league finish to date was third in the 1913–14 season and they have only spent two seasons outside of the Football League's top two divisions. The club came close to folding in 1986 after experiencing severe financial difficulties before the club was saved by a consortium led by then board member and later chairman Steve Gibson. Middlesbrough were controversially deducted three points for failing to fulfil a fixture against Blackburn Rovers during the 1996–97 Premier League season and were subsequently relegated. They were promoted the following season and spent eleven consecutive seasons in the top division before relegation. Middlesbrough won the League Cup in 2004, the club's first and only major trophy. They reached the 2006 UEFA Cup Final in May 2006 but were beaten by Spanish side Sevilla. On 24 May 2009, Middlesbrough were relegated to the Championship, failing to extend their 11-year stay in the Premier League.

The club's traditional kit is red with white detailing. The various crests throughout the club's history, the most recent of which was adopted in May 2007, incorporate a lion rampant. The Riverside Stadium is a football stadium in Middlesbrough, England, which has been the home of Middlesbrough F.C. since it opened in 1995. Its current capacity is 34,742 all seated, although there is provisional planning permission in place to expand that to 42,000 if required.

The stadium was built to replace Ayresome Park after the Taylor Report, which required all top division football stadia to be all-seater. After the report was delivered in January 1990, Middlesbrough needed an all-seater stadium by August 1994, and were unable to expand Ayresome Park outwards owing to its location in a residential area, and expanding the stadium upwards would have limited the club to a capacity of around 20,000 seats – the club wanted a considerably larger capacity. The decision was taken by club officials to build a new stadium; Teesside Development Corporation offered them the Middlehaven site by the River Tees for development.

The new 30,000 seater stadium was constructed by Taylor Woodrow Construction for £16 million, taking 32 weeks to complete after work began in the autumn of 1994. The name of the stadium was chosen by the club's fans, following a vote during the final game at Ayresome Park. The other choices available were Middlehaven Stadium, Erimus Stadium and Teesside Stadium. When first opened, the name was amended to Cellnet Riverside Stadium (and then BT Cellnet Riverside Stadium) as part of a £3 million sponsorship deal with Cellnet, but this deal ended after the 2001–02 season.

The first game was played against Chelsea in front of a 28,286 crowd (the highest home attendance in 14 years) on 26 August 1995. Middlesbrough won the game 2–0, with Craig Hignett taking the honour of scoring the first ever goal at the stadium, Jan Åge Fjørtoft scoring the second. Their first season at their new stadium was also their first back in the FA Premier League following promotion after two seasons away.

In their second season at the Riverside Stadium, Middlesbrough were runners-up in both of the domestic cups but a points deduction in the league meant that they were relegated from the Premier League.

In 1998 – when Middlesbrough were promoted back to the Premier League at the first attempt – the capacity was increased by 5,000 by filling in the north and south-west corners at a cost of £5 million. This expansion gave the stadium its current 35,000 capacity. 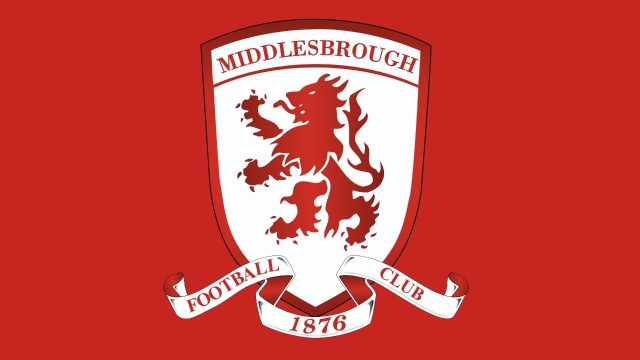