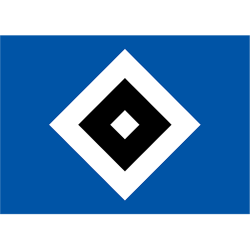 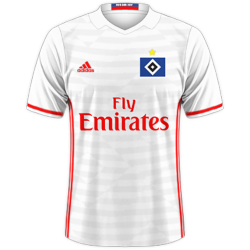 Hamburger Sport-Verein e.V. , commonly known as Hamburger SV, Hamburg or HSV , is a German sport club based in Hamburg, its largest branch being its football department. Although the current HSV was founded in June 1919 from a merger of three earlier clubs, it officially traces its origin to 29 September 1887 when the first of the predecessors, SC Germania, was founded. HSV's football team has the unique distinction of having played continuously in the top tier of the German football league system since the end of World War I. It is the only team that has played in every season of the Bundesliga since its foundation in 1963, at which time the team was led by German national captain Uwe Seeler.

HSV has won the German national championship six times, the DFB-Pokal three times and the League Cup twice. The team's most successful period was from the mid-1970s until the mid-1980s when, in addition to several domestic honours, they won the 1976–77 European Cup Winners' Cup and the 1982–83 European Cup. Their outstanding player was German national star Felix Magath. To date, HSV's last major trophy was the 1986–87 DFB-Pokal.

HSV play their home games at the Volksparkstadion in Bahrenfeld, a western district of Hamburg. The club colours are officially blue, white and black but the home kit of the team is white jerseys and red shorts. The team's most common nickname is "die Rothosen" (the Red Shorts). As it is one of Germany's oldest clubs, it is also known as der Dinosaurier (the Dinosaur). HSV have rivalries with Werder Bremen, with whom they contest the Nordderby, and Hamburg-based FC St. Pauli, whom they contest the Hamburg derby.

HSV is notable in football as a grassroots organisation with youth development a strong theme. The club had a team in the Women's Bundesliga from 2003 to 2012 but it was demoted to Regionalliga level because of financial problems. Other club departments include badminton, baseball, basketball, bowling, boxing, cricket, darts, hockey, golf, gymnastics, handball and cardiopulmonary rehabilitation exercises. These departments represent about ten percent of the club membership. HSV is one of the biggest sports clubs in Germany with over 70,000 members in all its departments and stated by Forbes to be among the twenty largest football clubs in the world. The Volksparkstadion is a football stadium located in Bahrenfeld, Hamburg, Germany. It is the home ground of German Bundesliga club Hamburger SV and was one of the 12 stadia used in the 2006 Football World Cup, hosting four group games and a quarter-final. Through sponsorship deals the stadium had previously been named the Imtech Arena, the AOL Arena and HSH Nordbank Arena.

The estimated cost of the new stadium was €90-100 million. The new arena serves both as a football ground and a concert hall. The capacity of the stadium during club matches is 57,000, which is reduced to 51,500 during international matches when the standing sections in the north grandstand are converted into seated areas. The record attendance was attained in Hamburger SV's victory over Bayern Munich (1–0) on 30 January 2009, when 57,000 paying spectators were counted.

The stadium is a UEFA Elite stadium which makes it eligible it to host UEFA Europa League and UEFA Champions League finals. 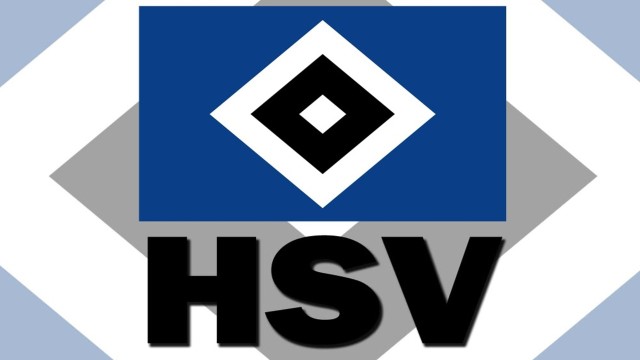