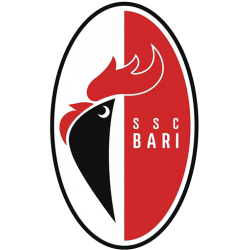 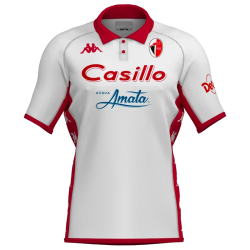 Società Sportiva Calcio Bari, commonly referred to as Bari, is an Italian football club founded in 1908 and based in Bari, Apulia. Bari currently plays in the Serie C Group C. The team finished the 2021–22 season in first place and earned promotion to Serie B for the 2022–23 season.

The club spent many seasons bouncing between the top two divisions in Italian football, Serie A and Serie B. The club was formerly known as A.S. Bari or F.C. Bari 1908 as well as other names, due to re-foundations. Bari usually play in all-white with red detailing.

Statistically Bari are the most successful club from the Apulia region, in terms of the all-time Serie A records. They are amongst the elite in Southern Italian football and are ranked 17th in the all-time Serie A records for all of Italy. Notably they won the Mitropa Cup in 1990. Bari also held the British football transfer record, when it paid £5,500,000 for David Platt in 1991. It was the most expensive fee paid by a foreign club for a British player for four years.

One of the most notable achievements in the club's history was in the 1996 season, when their forward Igor Protti became the top scorer in the Serie A with 24 goals. The club are known in the wider footballing world for producing Antonio Cassano who was born in Bari, he shone at the club as a youngster.