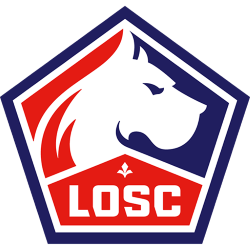 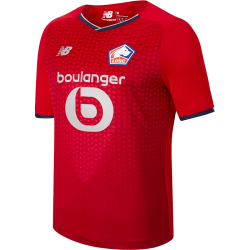 LOSC Lille (Lille Olympique Sporting Club, commonly referred to as Le LOSC, Lille OSC or simply Lille) is a French association football club based in Lille. The club was founded in 1944 as a result of a merger and currently play in Ligue 1, the first division of French football. Lille previously played its home matches at the Stade Lille-Metropole in nearby Villeneuve-d'Ascq. In 2012, the club moved into its new facility, the Grand Stade Lille MĂ©tropole. The team is managed by French football figure RenĂ© Girard and captained by French international Rio Mavuba.

Lille was founded as a result of a merger between Olympique Lillois and SC Fives. Both clubs were founding members of the French Division 1 and Lillois was the league's inaugural champions. Under the Lille emblem, the club has won three league titles in 1946, 1954, and 2011 and six Coupe de France titles, which is tied for fourth-best among clubs. Lille and Red Star FC are the only French clubs in the competition's history to win the Coupe de France in three consecutive seasons. Lille's most successful period was the decade from 1946 to 1956 when the team was led by managers George Berry and AndrĂ© Cheuva.

Stadium Lille-MĂ©tropole is a multi-purpose stadium in Villeneuve-d'Ascq, France. The stadium was built in 1976 and is able to hold 18,154 spectators. The architect of the stadium was Roger Taillibert.