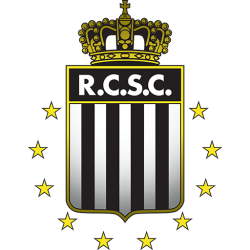 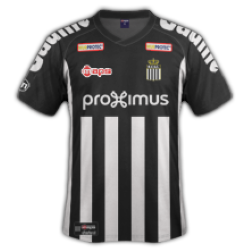 Royal Charleroi Sporting Club (RCSC) (often simply known as Charleroi or Sporting Charleroi, or by their nickname Les Zèbres (The Zebras)) is a Belgian football club based in the city of Charleroi, in the province of Hainaut. Charleroi plays in the Belgian Pro League and their current spell at the highest level in Belgian football has started in the 1985–86 season. Charleroi was founded in 1904 and they first reached the first division in 1947–48. Their highest finish was runner-up in the 1968–69 season. They have also twice reached the Belgian Cup final, losing in 1977–78 to Beveren and in 1992–93 to Standard Liège.

Sporting Charleroi have a long-standing rivalry with city other club ROC de Charleroi-Marchienne, currently playing in the third division. Charleroi play their home matches at the Stade du Pays de Charleroi, which was refurbished for the UEFA Euro 2000. The stadium hosted 3 group stage games in the Euro 2000 among which the 1–0 victory of England against Germany. Charleroi have been recruiting several French players in recent years, including Michaël Ciani, Cyril Théréau and goalkeeper Bertrand Laquait.

Stade du Pays de Charleroi is a football stadium in the city of Charleroi, Belgium. It was built for the 2000 UEFA European Championship in Belgium and the Netherlands in replacement of the old stadium known as Mambourg. It is the home of Sporting Charleroi. Its capacity was 30,000 for Euro 2000 but was reduced shortly after to 25,000 in line with Charleroi's average attendances. The capacity was reduced again in 2013 to 14,000.