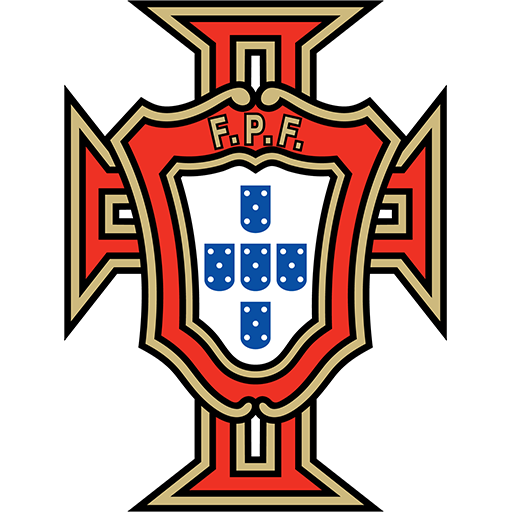 Portugal's first participation in a major tournament finals, at the 1966 FIFA World Cup, saw a team featuring famed striker Eusébio finish in third place. The next two times Portugal qualified for the World Cup finals were in 1986 and 2002, going out in the first round both times. Portugal also made it to the semi-finals of the UEFA Euro 1984 final tournament, losing 3–2 after extra time to the hosts and eventual winners France. The team reached the semi-finals of Euro 2000, the 2006 World Cup and Euro 2012, as well as the final of Euro 2004, the latter on home soil. At Euro 2016, Portugal won its first ever major trophy, defeating hosts France 1–0 after extra time, with the winning goal scored by Eder. With the win, Portugal qualified and made its first appearance in the FIFA Confederations Cup held in Russia, where they finished third.

The team's home stadium is the Estádio Nacional, in Oeiras, although most of their home games are frequently played in other stadiums across the country. The current head coach is Fernando Santos and the captain is Cristiano Ronaldo, who also holds the team record for most caps and for most goals. The Estádio da Luz (Portuguese pronunciation: ), officially named Estádio do Sport Lisboa e Benfica, is a multi-purpose stadium located in Lisbon, Portugal. It is used mostly for association football matches, hosting the home games of Portuguese club S.L. Benfica. It is owned by the club's SAD.

Opened on 25 October 2003 with an exhibition match between Benfica and Uruguayan club Nacional, it replaced the original Estádio da Luz, which had 120,000 seats. The seating capacity was decreased to 65,647 and is currently set at 64,642. The stadium was designed by HOK Sport Venue Event and had a construction cost of €162 million.

A UEFA category four stadium and one of the biggest stadiums by capacity in Europe (the biggest of Portugal), the Estádio da Luz hosted several matches of the UEFA Euro 2004, including its final, and the 2014 UEFA Champions League Final. Moreover, it was the venue for the New7Wonders of the World announcement ceremony in 2007. In 2014, it was elected as the most beautiful stadium of Europe in an online poll by L'Équipe.