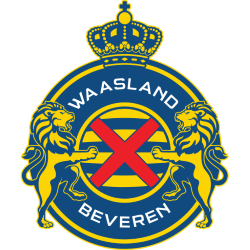 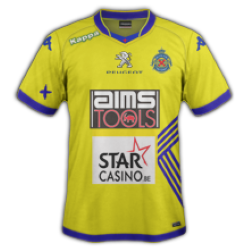 Waasland-Beveren is a Belgian association football club located in the municipality of Beveren, East Flanders. They play in the Belgian second division. The club was known as K.V. Red Star Waasland from 2002 until 2010, when they moved to the nearby stadium of defunct club Sint-Niklase and merged with K.S.K. Beveren. Waasland is the region where the towns of Haasdonk (a neighbourhood in Beveren) and Sint-Niklaas are located. KSK Beveren, a former Belgian champion and first division regular, had just finished at the last place in the second division and was struggling with financial problems. The club kept the history and matricule number of KV Red Star Waasland but moved from Sint-Niklaas to Beveren to play in a bigger stadium.

Freethiel Stadion is a multi-use stadium in Beveren, Belgium. The whole complex includes 10 football fields and a fitness hall. It is currently used mostly for football matches, and is the home ground of Waasland-Beveren. The stadium's name (Freethiel) is a contraction of the name Frederik Thielemans, the man who owned a cycling-track in the Klapperstraat, but made it available to the football club when it was established. The stadium is located in the Klapperstraat in Beveren, and has a capacity of 13,290.