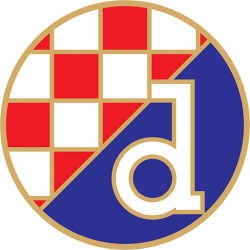 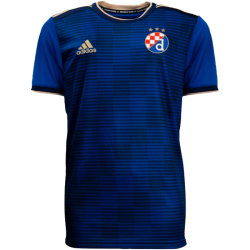 Građanski nogometni klub Dinamo Zagreb, commonly referred to as GNK Dinamo Zagreb or simply Dinamo Zagreb (pronounced ), is a professional Croatian football club based in Zagreb. The club is the successor of 1. HŠK Građanski or fully Prvi hrvatski građanski športski klub (English: First Croatian Citizens' Sports Club), club founded in 1911, banned in 1945 and replaced by newly established Dinamo Zagreb. They play their home matches at Stadion Maksimir. They are the most successful club in Croatian football, having won 20 Croatian Football League titles, 15 Croatian Football Cups and six Croatian Football Super Cups. The club has spent its entire existence in top flight, having been members of the Yugoslav First League from 1946 to 1991, and then the Croatian First League since its foundation in 1992.

After the Second World War, the new communist government considered clubs like HŠK Građanski as fascist and nationalistic. As such, they were banned, and, in 1945, NK Dinamo was founded as a club to act as an unofficial successor to HŠK Građanski, getting around the ruling party's disapproval. They entered the Yugoslav First League in its inaugural 1946–47 season, finishing as runners-up. In their second season in Yugoslav top flight in 1947–48 they finished as Yugoslav champions, which was their first major trophy. The club won three more league titles and seven Yugoslav Cups. Amid the breakup of Yugoslavia and formation of the Croatian football league system, Dinamo left the Yugoslav league in 1991. Dinamo are the only Croatian club with European silverware, having won the 1966–67 Inter-Cities Fairs Cup by defeating Leeds United in the final. They also finished runners-up in the same competition in 1963 when they lost to Valencia.

Until the early 1990s, its foundation year was considered to be 1945 but amid political turmoil during the breakup of Yugoslavia the club began claiming direct lineage to pre-WWII clubs Građanski Zagreb and HAŠK. In order to reflect this, in June 1991, it was renamed HAŠK Građanski, which lasted until February 1993 when it was renamed Croatia Zagreb. They won five league titles and participated in the 1998–99 and 1999–2000 UEFA Champions League group stages carrying that name before reverting to "Dinamo Zagreb" in February 2000. Although the subject was dropped for a while, in 2011, club management increasingly began claiming that Dinamo is the direct descendant of Građanski (which had originally been founded in 1911 and disbanded in 1945) and in April that year decided to prepend the adjective "Građanski" to the club's official name, turning it into the present-day GNK Dinamo (Građanski nogometni klub Dinamo or "Citizens' Football Club Dinamo").

The team's traditional colour is royal blue, which has been replaced for European matches in recent times with the darker navy blue. The club's biggest rivals are Hajduk Split, and matches between the two teams are referred to as "Eternal Derby." One of the club's most notable wins came in the 2015–16 UEFA Champions League group stage, which was a 2–1 home victory against English side Arsenal, their first ever Champions League victory since the 1999–2000 season. Another notable match was a 0–0 draw against Manchester United in the 1999–2000 season, who were the European champions at the time, with many fans considering it one of Dinamo's finest performances in the club's history.

Stadion Maksimir (Maksimir Stadium) is a stadium in the Croatian capital of Zagreb. It takes its name from the surrounding neighbourhood of Maksimir. The venue is primarily the home of Dinamo Zagreb, the top football team in the country. First opened in 1912, it has undergone many facelifts, and its current layout dates from a 1997 rebuilding. Many of the Croatian national football team's games are played at Maksimir, which competes with Poljud stadium for the biggest matches. The stadium also sometimes hosts other events such as rock concerts.