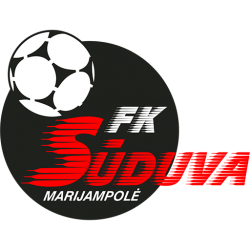 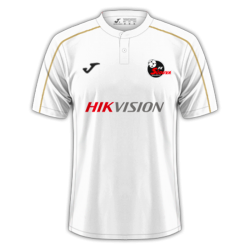 FK Sūduva is a professional football club based in the city of Marijampolė, Lithuania. Founded in 1968. The club are the defending football champions of Lithuania.

The team's colours are white and red. The club plays at Marijampolės futbolo arena in Marijampolė (capacity 6,250).

Marijampolė Football Arena, also referred to as Sūduva Stadium, is a multi-purpose stadium in Marijampolė, Lithuania. It is currently used mostly for football matches and is the home stadium of Sūduva.

Between the 2011 and 2019 seasons the stadium was named ARVI Football Arena after the sponsoring rights were bought by ARVI Enterprises Group.

The stadium was built using funds from the European Union and opened on July 6, 2008. Its original capacity increased from 4,200 to 6,500 spectators after additional seats were installed in May–June 2009 before a match between Lithuania national team and Romania.

11 December 2019 reports that ARVI Group will no longer support Sūduva club. There were notes and signboards bearing the name of a former sponsor. The ARVi Arena has been renamed the Marijampolė Football Arena (at least temporarily until another sponsor appears).