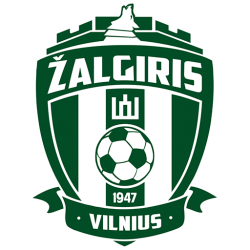 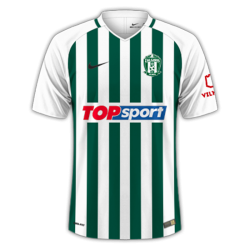 Futbolo klubas Žalgiris, commonly known as FK Žalgiris, Žalgiris Vilnius or simply Žalgiris is a Lithuanian professional football club based in Vilnius. The club competes in the A Lyga, the top flight of Lithuanian football. The club was founded as Dinamo in 1947. The club's name commemorates the victorious Battle of Žalgiris (Battle of Grunwald) (both names: Žalgiris and Grunwald are translated as "green grove"). Žalgiris has featured many Lithuanian football legends during their history, including Arminas Narbekovas, Valdas Ivanauskas, Edgaras Jankauskas and Deividas Šemberas. They have won the Lithuanian Championship 7 times, the Lithuanian Football Cup 12 times and the Lithuanian Supercup 6 times.

The team's colours are green and white. The club plays at LFF stadium in Vilnius which has a capacity of 5,067.