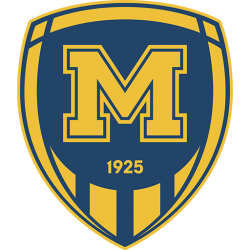 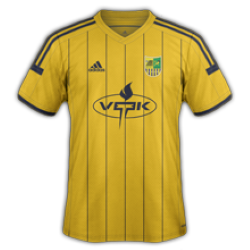 Football Club Metalist 1925 Kharkiv is a professional football club from Kharkiv, Ukraine. It was founded in 2016, the club plays in Professional Football League of Ukraine. Their home stadium is Metalist Oblast Sports Complex with 40,003 capacity.

Metalist 1925 is the second club in Ukraine to attend home matches in the championship.

Legally, Metallist 1925 is not the legal successor of FC Metalist Kharkiv, which was disbanded in 2016 because its last owner, Serhiy Kurchenko, ceased to fund the club and refused to sell it to other potential investors.

"Metalist" Oblast Sports Complex (Ukrainian: Обласний спортивний комплекс "Металіст"), which includes the Metalist Stadium (Ukrainian: Стадіон "Металіст"), is a multi-use stadium in Kharkiv, Ukraine. It is used chiefly for football matches and is the home stadium of FC Metalist 1925 Kharkiv. The stadium, which was a venue for Euro 2012, currently seats 40,003 spectators.

After FC Metalist Kharkiv financially collapsed in May 2016 professional football temporary disappeared from the stadium. In August 2016 Metalist 1925 Kharkiv made the stadium its home stadium. Shakhtar Donetsk followed suit in February 2017.