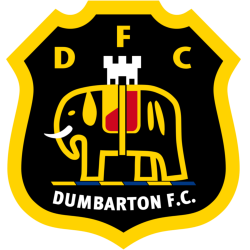 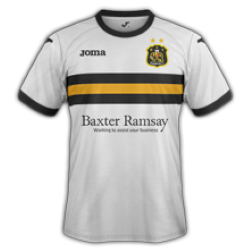 Dumbarton Football Club is a semi-professional football club in Dumbarton, Scotland. Founded in 1872, just after Queen's Park (1867), Kilmarnock (1869) and Stranraer (1870), they play home games at the Dumbarton Football Stadium next to Dumbarton Castle. Dumbarton currently play in the Scottish League One.

The club were one of the most successful of the nineteenth century, winning the Scottish Football League in the first two seasons of the competition (the first jointly with Rangers F.C). Since then the club have spent the majority of their history outside the top flight, and last played at the top level in 1985, thus being the only existing Scottish league champions never to have competed in the former breakaway, Scottish Premier League. The club are the only team to win at least one league title in each of the four tiers in the Scottish league system.

Stevie Aitken is currently the club's manager, having been appointed on May 27, 2015.

Dumbarton Football Stadium, also known as The Cheaper Insurance Direct Stadium for sponsorship reasons, is a stadium in Dumbarton, Scotland situated below the Dumbarton Rock. It is currently used mostly for football matches and is the home ground of Dumbarton Football Club. The stadium has a capacity of 2,020, and was built in 2000 after the move away from Dumbarton's traditional home, Boghead Park. It was built on part of the site formerly occupied by Denny's shipyard. The stadium is located 5/10 minutes walk from Dumbarton East railway station which is on the North Clyde Line.