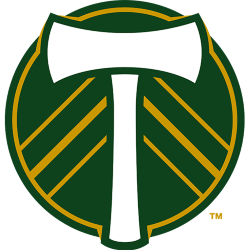 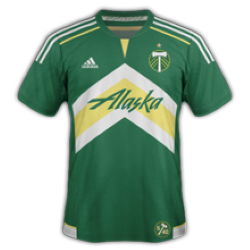 The Portland Timbers are an American professional soccer club based in Portland, Oregon, that competes in Major League Soccer. The Timbers are the 18th club of Major League Soccer, and replace the USL First Division's team of the same name, while retaining the same ownership. The MLS club is the fourth Portland team to share the legacy of the Timbers name, which originated in the old North American Soccer League in 1975.
The announcement of the Timbers' entry into MLS was the culmination of a nearly two-year-long process for Merritt Paulson, dating back at least to May 2007, when Paulson led a group that bought the Portland Beavers and the USL Timbers. The group included former Treasury Secretary Henry Paulson (Meritt Paulson's father) who holds a 20% stake. The biggest issue for the city of Portland was that due to league concerns about seating configuration, field surface, and scheduling, obtaining an MLS club would require a new stadium.

In October 2007, Paulson was told PGE Park could be upgraded for about $20 million, and a new baseball stadium (with 8,000 to 9,000 seats) would cost about $30 million. By November 2008, Paulson told The New York Times he expected Portland taxpayers would spend $85 million to "build a new baseball stadium for his Beavers and renovate PGE Park—just remodeled in 2001 at a cost to taxpayers of $38.5 million—for soccer", and that in exchange, he would spend $40 million for the franchise fee to bring a new Major League Soccer team to Portland. MLS was in support of the proposal, wanting to continue to expand the number of owners in the league (for a while, all of its teams were owned by three men: Phil Anschutz, Lamar Hunt, and Robert Kraft).


Timbers thank their fans after a home victory
Though supporting the acquisition of an MLS franchise raised numerous issues for Mayor Sam Adams and the Portland City Council, the Timbers were announced as Major League Soccer's eighteenth team on March 20, 2009 by Commissioner Don Garber. The announcement occurred during the first and second round games of the 2009 NCAA Men's Division I Basketball Tournament being held in Portland the same week. The announcement noted that the team would retain the Portland Timbers name.

The team owner is Peregrine Sports, LLC, a group led by Merritt Paulson. Paulson was also the head of Shortstop, LLC which owned the USL-1 Timbers as well as the Pacific Coast League's Portland Beavers.

Former MLS forward and assistant coach John Spencer was named the first head coach of the MLS-era Timbers on August 10, 2010. It was also announced that Gavin Wilkinson, head coach of the USL-1/USSF D-2 Timbers, would stay on as the general manager/technical director of the MLS side.

The Timbers signed five players before the MLS Expansion Draft on November 24, 2010. Three were part of the Timbers D-2 Pro League squad in 2010 (Steve Cronin, Bright Dike, and Ryan Pore), one was signed from D-2 Pro League team Austin Aztex (forward Eddie Johnson) and one was acquired via trade with New York Red Bulls (midfielder Jeremy Hall). On November 24, 2010, the Timbers, along with the other 2011 expansion team, Vancouver Whitecaps FC, participated in an MLS Expansion Draft, each selecting 10 players from existing teams. Immediately after the Expansion Draft, the Timbers announced the trade of their first pick (midfielder Dax McCarty), from FC Dallas to DC United for defender Rodney Wallace. The Timbers and Whitecaps also participated in the 2011 MLS SuperDraft on January 13, 2011 with the Whitecaps having the first pick, and the Timbers having the second pick. Vancouver surprised some by selecting youngster Omar Salgado and Portland swiftly selected Akron midfielder/forward Darlington Nagbe. Providence Park is an outdoor stadium which houses the MLS Portland Timbers, NWSL Portland Thorns, and Portland State University Vikings football. The stadium underwent a $31 million renovation in late 2010 and early 2011. The stadium is owned by the City of Portland, and is managed by Peregrine Sports, LLC, the entity that owns the Timbers and Thorns.

The Multnomah Athletic Club, an athletic club in downtown Portland, stands next door; the windows of the north side of the club's building overlook the field.

The Interstate 405 freeway in Portland is also known locally as the Stadium Freeway and travels near the stadium. In addition, the Providence Park MAX Light Rail station is across the street. The property slopes significantly downhill from the south end to the north end, with the result that the playing surface sits well below street level.