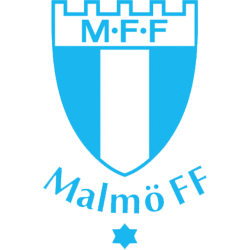 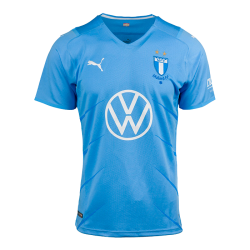 Malmö Fotbollförening, also known simply as Malmö FF, Malmö or (especially locally) MFF, is a Swedish professional association football club based in Malmö. The club is affiliated with Skånes Fotbollförbund and the team play their home games at Swedbank Stadion. The club colours, reflected in their crest and kit, are sky blue and white. Formed on 24 February 1910, Malmö FF is the most successful club in Sweden in terms of trophies won. The club have won the most league titles of any Swedish club with twenty-one, a joint record eighteen Swedish championship titles and a record fourteen national cup titles. They were runners-up in the 1979 European Champions Cup final, which they lost 1–0 to English club Nottingham Forest. This made them the only Swedish football club, as of 2015, to have reached the final of the competition, for which the team were awarded the Svenska Dagbladet Gold Medal.

Malmö FF is an open member association and the annual general meeting is the highest policy-making body. The meeting approves the accounts and elects the chairman and board. Håkan Jeppsson is the current chairman, elected in 2010. Daily operations are run by a managing director who liaises with the chairman. With an equity of 86.4 million SEK (approximately €9.6 million) the club is the richest football club in Sweden as of 2014.

The reigning champions, the club are currently playing in Allsvenskan, where the season lasts from April to November. Malmö FF are the leaders of the overall Allsvenskan table maratontabellen as of the end of the 2014 season. The club first won Allsvenskan in 1944. Malmö FF were most successful during the 1970s, when they won five Swedish championships and four Svenska Cupen titles. The main rivals of the club are Helsingborgs IF, IFK Göteborg and historically IFK Malmö. MFF Support is the official fan club of Malmö FF. The club have also been featured in the media, including the football documentaries Blådårar 1 and Blådårar 2.

Eleda Stadion is a football stadium in Malmö, Sweden and the home of Allsvenskan club Malmö Fotbollförening, commonly known as Malmö FF. In UEFA competitions, the stadium has also been known as Malmö New Stadium and formerly known as Swedbank Stadion for sponsorship reasons as well as Stadion. The stadium was named after Swedish based banking group Swedbank, which owned its naming rights between 2007 and 2017. Apart from being the home of Malmö FF, Stadion has also hosted senior and youth international matches.

The stadium is the third largest used by a Swedish football club, behind AIK's Friends Arena and Djurgårdens IF's and Hammarby IF's Tele2 Arena, both located in Stockholm. In league matches, the stadium has a capacity of 22,500, of which 18,000 are seated, and 4,500 are standing. In European matches, the 4,500 standing places are converted to 3,000 seats, making the stadium a 21,000-capacity all-seater. Stadion opened in April 2009, and replaced Malmö Stadion, where Malmö FF had been based since 1958. The new ground was originally budgeted to cost 398 million kronor, but ultimately cost 695 million kronor (€79.7). It is a UEFA category 4-rated stadium, and is thus able to host all UEFA club competition matches, except for finals. The ground's record attendance, 24,148, was set in an Allsvenskan match between Malmö FF and Mjällby AIF on 7 November 2010: in this match, Malmö FF won 2–0 and clinched that year's national championship. 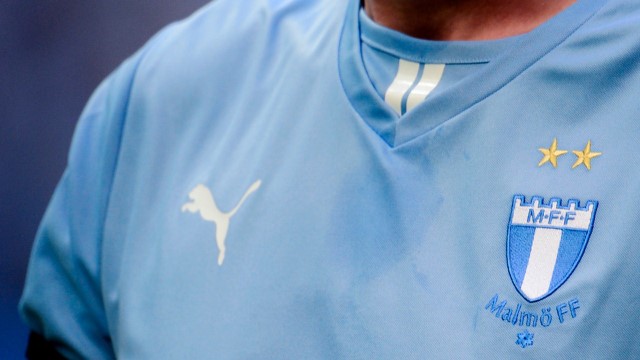