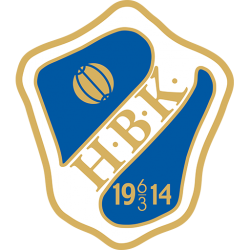 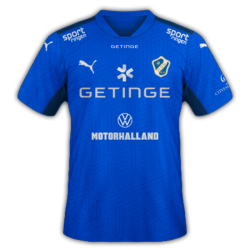 Halmstads Bollklubb, also known simply as Halmstad or (especially locally) HBK or Bollklubben, is a Swedish football club located in Halmstad in the county of Halland. The club, formed 7 February 1914 and approved membership in the Swedish Sports Confederation on 6 March the same year. The club competes in the highest tier of Swedish football, Allsvenskan, and has won four national championship titles and one national cup title. HBK is a member controlled club.

The club gained some European recognition in October 1995, when they defeated the successful Italian club Parma A.C. 3–0 at Gamla Ullevi (in Gothenburg) in the first of two matches in the Cup Winners' Cup. However, their second encounter, in Parma in November the same year, ended with a crushing 0–4 defeat, eliminating them from the tournament. Örjans Vall is a football stadium in Halmstad, Sweden, built in 1922.

It was finished on 30 July 1922 and was then named Halmstads Idrottsplats (eng: Halmstad's Sports Ground), it was opened by HRH The Crown Prince of Sweden Gustaf Adolf, later king of Sweden, 12,000 people had been allowed entrance to see the opening, several thousands more had gathered outside the fence and on Galgberget. In August 1922 the name of the arena changed to Örjans Vall after a medieval hospital by the name of S:t Örjans that had earlier been on the same location. On 3 September 1922 the first football game was played there. Örjans Vall has been used for many different sports over the years, the football field was surrounded by running tracks, until the 1980s, and was the main site for the local athletic clubs. In the winter of 1956, due to very cold weather, the running tracks were covered with water freezing into a skating rink, Sigvard "Sigge" Ericsson, who had won one gold and one silver medal in the recent 1956 Winter Olympics, participated. In 1972 the present day main-stand and scoreboard was completed, replacing the original wooden constructions from 1922.

The record for most spectators during a match is held by IS Halmia, in 1962 when Halmia played a qualification match against Landskrona BoIS, 20,381 spectators turned up to see the match.

In 2004 when Gyllene Tider celebrated 25 years, by starting and ending their national tour on Örjans Vall.