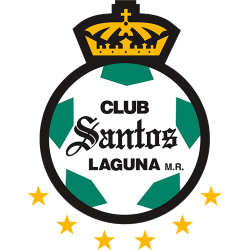 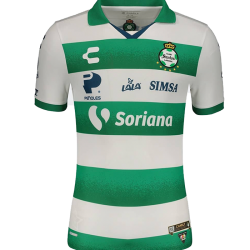 Club Santos Laguna S.A. de C.V. (commonly known as Santos Laguna or Santos, is a Mexican professional football club that competes in the Liga MX. It is located in northern Mexico and represents the urban area of La Comarca Lagunera, made up of the surrounding municipalities of Torreón, Gómez Palacio and Lerdo.

Santos Laguna was founded in 1983 and reached Mexico's top division after buying the Ángeles de Puebla club. The club debuted in first division in the 1988–89 season. Domestically, Santos Laguna has won 6 Liga MX championships, as well as 1 Copa MX and 1 Campeón de Campeones cup. It has also reached the finals of the CONCACAF Champions League twice, finishing runners-up on both occasions.

Santos is the third football club formed in the Laguna region, after the unsuccessful Laguna FC and FC Torreón. In 2018, the club celebrated its 35th anniversary with a change in their logo. In a February 17, 2013 poll, by Consulta Mitofsky, it was the fifth-most-popular team in Mexico.

The Estadio Corona is a stadium in Torreón, Coahuila, México, and the home stadium of Santos Laguna of Liga MX.