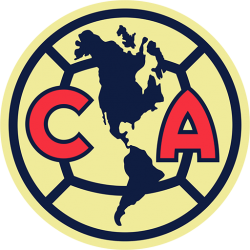 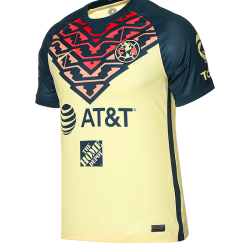 Club de Fútbol América S.A. de C.V., commonly known as Club América or simply América, is a professional football club based in Mexico City, Mexico. Nicknamed Las Águilas (The Eagles), it competes in Liga MX, the top tier of Mexican football. The club was founded in 1916, and since 1959 has been owned by media company Grupo Televisa. The team plays its home games at the Estadio Azteca, the largest stadium in Mexico and Latin America, and the seventh largest association football-specific stadium in the world.

The club has a long-standing rivalry with Guadalajara, as both are the most successful and most popular clubs in the country, and are the only clubs to have never been relegated to the second division. Matches between them are known as El Súper Clásico, considered to be the biggest rivalry in Mexico, and one of the biggest in the world. América also play local derbies against Cruz Azul and Club Universidad Nacional. Regarded as one of the most famous and iconic football stadiums in the world, it is the first to have hosted two FIFA World Cup Finals. In the 1970 World Cup Final, Brazil defeated Italy 4–1, and in the 1986 World Cup Final, Argentina defeated West Germany 3–2. It also hosted the 1986 quarter-final match between Argentina and England in which Diego Maradona scored both the "Hand of God goal" and the "Goal of the Century". The stadium also hosted the "Game of the Century", when Italy defeated West Germany 4–3 in extra time in one of the 1970 semifinal matches.

The stadium was also the principal venue for the football tournament of the 1968 Summer Olympics.