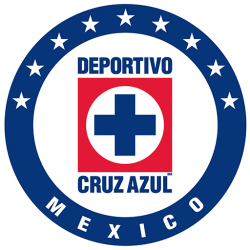 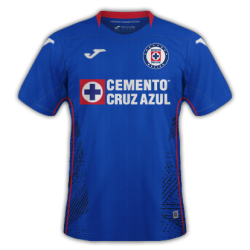 Originally from Hidalgo in the town of Jasso (now part of the "city cooperative" Ciudad Cooperativa Cruz Azul), south of Tula de Allende, the club moved to Mexico City in 1971. Estadio Azteca, the nation's largest sports venue, served as their home venue until 1996, when they moved to the Estadio Azul. After 22 years, however, the team returned to the Azteca at the conclusion of the 2017-18 Liga MX season. Its headquarters are in La Noria, a suburb within Xochimilco in the southern part of Mexico City.

Cruz Azul has been the Primera División champion eight times, trailing Toluca's 10, C.D. Guadalajara's 12, and Club América's 13. Cruz Azul's six titles makes it the second-most successful club in the history of the CONCACAF Champions League, the most prestigious international club competition in North American football, trailing intracity rival Club America. Cruz Azul was also the first CONCACAF team to reach the final of the Copa Libertadores, the most prestigious club competition in South American football (which invited top Liga MX clubs from 1998 to 2017), losing on penalties to Argentine football giants Boca Juniors in 2001. In the 1968–69 season, Cruz Azul was the first CONCACAF club (and third worldwide) to complete a rare Continental Treble, winning the Mexican Primera División championship, the Copa México national tournament, and the CONCACAF Champions League.

The International Federation of Football History & Statistics, in its Club World Ranking for year ending December 31, 2014, places Cruz Azul as the 99th-best club in the world and the third-best club in CONCACAF. According to several polls published, Cruz Azul is the third-most popular team in Mexico, behind only C.D. Guadalajara and Club América.

The Estadio Azteca is a multi purpose stadium located in Mexico City. It is the official home of football club Club América and the Mexico national football team. The stadium sits at an altitude of 7,200 feet (2195 meters) above sea level. With an official capacity of 87,523, it is the largest stadium in Mexico. As of 2018, the stadium also serves as the home of Cruz Azul. The National Football League (NFL) features one game at Estadio Azteca per season as a part of their International Series.

Regarded as one of the most famous and iconic football stadiums in the world, it is the first to have hosted two FIFA World Cup Finals; in the 1970 World Cup Final, Brazil defeated Italy 4–1, and in the 1986 World Cup Final, Argentina defeated West Germany 3–2. It also hosted the 1986 quarter-final match between Argentina and England in which Diego Maradona scored both the "Hand of God goal" and the "Goal of the Century". The stadium also hosted the "Game of the Century", when Italy defeated West Germany 4–3 in extra time in one of the 1970 semifinal matches. Additionally, it is scheduled to host games in the 2026 FIFA World Cup.

The stadium was also the principal venue for the football tournament of the 1968 Summer Olympics and 1971 Women's World Cup.