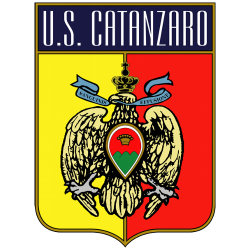 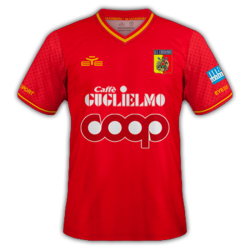 U.S. Catanzaro 1929 is an Italian football club based in Catanzaro, Calabria.

Founded in 1927 (even if its birth is located traditionally in 1929),plays since that year.

In the course of its history the society was refounded twice: in 2006 and again in 2011, both for financial reasons.

The official colors of the club are, since its foundation, yellow and red, its symbol is the golden eagle, symbol of the city of Catanzaro and the team disputes its own internal races at the Stadio Nicola Ceravolo, built in 1919, the oldest sports facility in Calabria.

In the 2019–2020 season it plays in Serie C C, the third level of the Italian soccer championship

In its history it counts seven seasons in Serie A, of which five consecutive and its best placings are the seventh and eighth places obtained respectively in 1981–1982 and in 1980–1981. From its foundation to date it as only won seven championship: 1 of the First Division, 2 of Serie C, 3 of Serie C1 and 1 of the IV Series. Also at national level, a title of the IV Series, among the cups, is a Cup of the Alps in 1960 together with Rome, Alessandria, Verona, Naples, Catania, Triestina, Palermo for the Italian Federation and, at youth level, a Dante Berretti Trophy of Serie C in 1991–1992.

On 30 May 2018 the company, which already used the historic logo since 2011, announced the return of the old name "Unione Sportiva Catanzaro", with the final addition of "1929". Stadio Nicola Ceravolo is a multi-purpose stadium in Catanzaro, Italy. The stadium was built in 1919 and it is one of the oldest in Italy

It holds 14,650, third for capacity in Calabria. It is currently the home of F.C. Catanzaro.

Since 1989 the stadium is named as Nicola Ceravolo, an historical president of the giallorossi since 1958 to 1979.