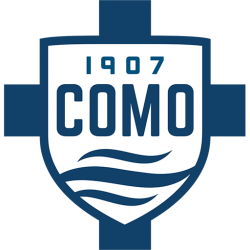 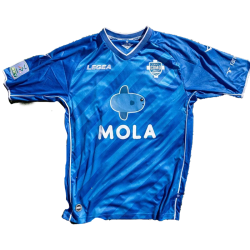 Como 1907, commonly referred to as Como, is an Italian football club based in Como, Lombardy, which currently playing in Serie C as of 2020–21 season. The club was founded in 1907, and the team's colour is royal blue.

Como were in Serie A in 2002–03; this was followed by three consecutive relegations that brought the team down in Serie C2 at the end of the 2004–05 season after having lost a playoff (2–1 on aggregate) to Novara Calcio, and being then even cancelled from Italian professional football because of bankruptcy. They were successively admitted to Serie D, the top level of non-professional football in Italy, where they spent three seasons before finally managing to win promotion back to Serie C2 in the 2007–08 season. After a further bankruptcy in 2016, a new company re-founded the club in 2017 and was admitted to Serie D from 2017 to 2018 season.

Stadio Giuseppe Sinigaglia is a multi-use stadium in Como, Italy. It is currently used mostly for football matches and is the home ground of Como Calcio 1907. The stadium holds 18.000 people.

The stadium was completed in 1927 and was built on precise will of Benito Mussolini. It is named after the Italian rower and war hero Giuseppe Sinigaglia, a native of Como.