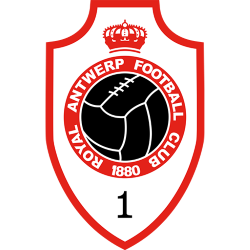 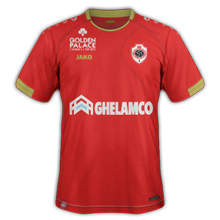 Royal Antwerp Football Club, often simply referred to as Antwerp, is a Belgian football club based in the city of Antwerp.

Antwerp is regarded as the oldest club in Belgium, approximately founded in 1880 by English students residing in Antwerp as Antwerp Athletic Club, 15 years prior to the creation of the Royal Belgian Football Association. At first there was no organised football played by its members, until 1887 when the football division was founded with an own board, named Antwerp Football Club. As it was the oldest club still playing it was subsequently the first football club to register to the Association in 1895 and they consequently received the matriculate number one, when matriculation numbers were introduced in 1926.

The Bosuilstadion is an association football stadium in the city of Antwerp, Belgium. The stadium was first opened in 1923 and is since then the home of Royal Antwerp FC. It has a capacity of 12,975, of which 800 indoor VIP seats. It is located in the district of Deurne.

The Bosuilstadion hosted the 1964 European Cup Winners' Cup Final second leg, which sealed the victory of Sporting Clube de Portugal against MTK Budapest FC. It also hosted the UEFA Euro 1972 semifinal between Belgium and West Germany, won by West Germany. A large number of friendly international games of Belgium were played at the Bosuil, many of which against the Netherlands. However, the stadium has not hosted an international game since a friendly match Belgium against Brazil in 1988.