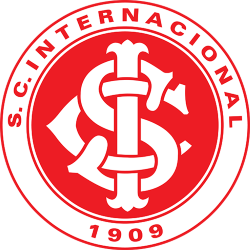 Cuiaba vs Internacional (22 May) 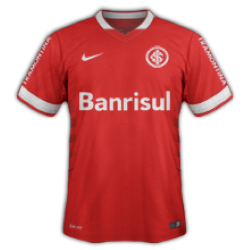 Sport Club Internacional (Portuguese pronunciation: ) is a Brazilian multisport club based in Porto Alegre, Rio Grande do Sul. Although they compete in a number of different sports, Internacional is mostly known for its association football team. Internacional plays in the Campeonato Gaúcho, the state of Rio Grande do Sul's premier state league, as well as in the Campeonato Brasileiro Série A, the top tier of the Brazilian football league system. They play in red shirts and white shorts and socks, the first of which give the team its nickname of Colorado (The Red). The team's home stadium, known as "Gigante da Beira-Rio" (Riverside Giant), was one of the twelve 2014 FIFA World Cup venues and has a capacity of 50,128.

The club is one of only three teams that has competed in all the Brazilian National League's first division championships since its inception in 1971, and is one of the only five clubs to have never been relegated to the second division, along with Santos, São Paulo, Flamengo and Cruzeiro. Internacional is ranked first in Americas and sixth in the World in number of paying members, with more than 104,000. Internacional were South American champions in 2010, winning their second Copa Libertadores title. 2006 was the most successful year in Inter's history as they won the Copa Libertadores and the FIFA Club World Cup, defeating European champions FC Barcelona in the latter and South American reigning champions São Paulo FC in the former. Other international titles include the 2007 Recopa Sudamericana, the 2008 Copa Sudamericana and the 2011 Recopa Sudamericana.

Internacional has a rivalry with Grêmio, also a club from Porto Alegre, and the two sides contest the Gre-Nal derby, considered by many as the fiercest in-city football rivalry in Brazil.