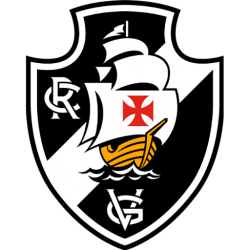 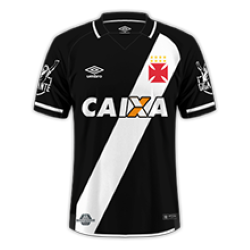 Club de Regatas Vasco da Gama (Vasco da Gama Rowing Club), usually known as Vasco da Gama, is a famous and traditional Brazilian multisports club from Rio de Janeiro, Brazil. It was founded on August 21, 1898 (although the football department started on November 5, 1915), by Portuguese immigrants, and it is still traditionally supported by the Portuguese community of Rio de Janeiro. It is one of the most popular clubs in Brazil, with more than 20 million supporters.

Its statute defines the club as a "sportive, recreative, educational, assistant and philanthropic non-profit organization of public utility".

Their home stadium is São Januário, with a capacity of 25,000, the third biggest in Rio de Janeiro (after Maracanã and Engenhão), but some matches (especially the city derbies) are played at the Maracanã (capacity of about 80,000). They play in black shirts with a white diagonal sash that contains a Cross pattée (famously, though mistakenly, identified as a Maltese cross), black shorts and black socks.

The club is named after the Portuguese explorer Vasco da Gama.

Estádio Vasco da Gama, also known as Estádio São Januário, owing to its location on a street of the same name, is the home ground of Club de Regatas Vasco da Gama. Its facade is listed by the National Historical and Artistic Heritage.

It is located in the Vasco da Gama neighborhood, Rio de Janeiro, Brazil, on a hill near the National Observatory of Brazil. Because of its position it is often referred to as Estádio da Colina (Hill's Stadium) which in turn has given Vasco the nickname of Gigante da Colina (Hill's Giant). It is one of the few Association Football specific stadiums in the world which has both team benches and coaching areas behind the goal line at the same end of the field.

The stadium had a capacity of 24.584 and it was inaugurated on April 21, 1927, with the presence of Washington Luís, Brazilian president in that time. The first event held in the stadium was a match between Vasco and Santos, which Santos won. The stadium stands as the biggest private venue in the State of Rio de Janeiro.

This stadium has also historic importance, because Brazilian president Getúlio Vargas used it many times to do deliver speeches to the Brazilian people. Vargas announced the first Brazilian work laws on the tribune of São Januário.