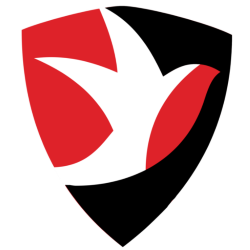 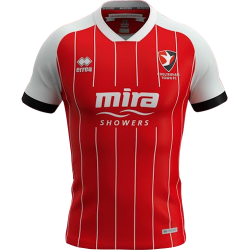 Cheltenham Town Football Club is a professional association football club based in the town of Cheltenham, Gloucestershire, England. From the 2021–22 season, the club will compete in League One, the third tier of the English football league system, after winning the League Two title. Nicknamed the "Robins", they have played at Whaddon Road since 1932. The club contests rivalries with Gloucester City and Forest Green Rovers.

Founded in 1887, the club spent much of its early history competing in local football circles, before moving to the Birmingham Combination in 1932 and then the Southern League in 1935. They spent the next 50 years in the Southern League, winning the Midland Division in 1982–83 and then claiming the Premier Division title in 1984–85. They were subsequently promoted into the Alliance Premier League in 1985, where they remained for seven seasons until they were relegated in 1992. They finished as runners-up of the Southern League Premier Division for four of the next five seasons, and were promoted into the Conference in 1997.

Under the stewardship of Steve Cotterill, Cheltenham won the 1998 FA Trophy final and then secured promotion into the Football League for the first time after winning the Conference title in 1998–99. He left the club after the 2001–02 season, having guided them to the FA Cup fifth round and promotion with victory in the 2002 Third Division play-off final. Immediately relegated after one season in the Second Division, they secured another promotion as manager John Ward guided them to victory in the 2006 League Two play-off final. Relegated after three seasons in the third tier, the club's 16-year stay in the Football League ended with relegation back to the National League in 2015. However manager Gary Johnson led Cheltenham to the Conference title with a 101 point tally in 2015–16, making them the first club in 26 years to secure an immediate return to the Football League as champions of the Conference. After Michael Duff took over from Johnson, he led the club to its first Football League title, winning the 2020–21 League Two title.